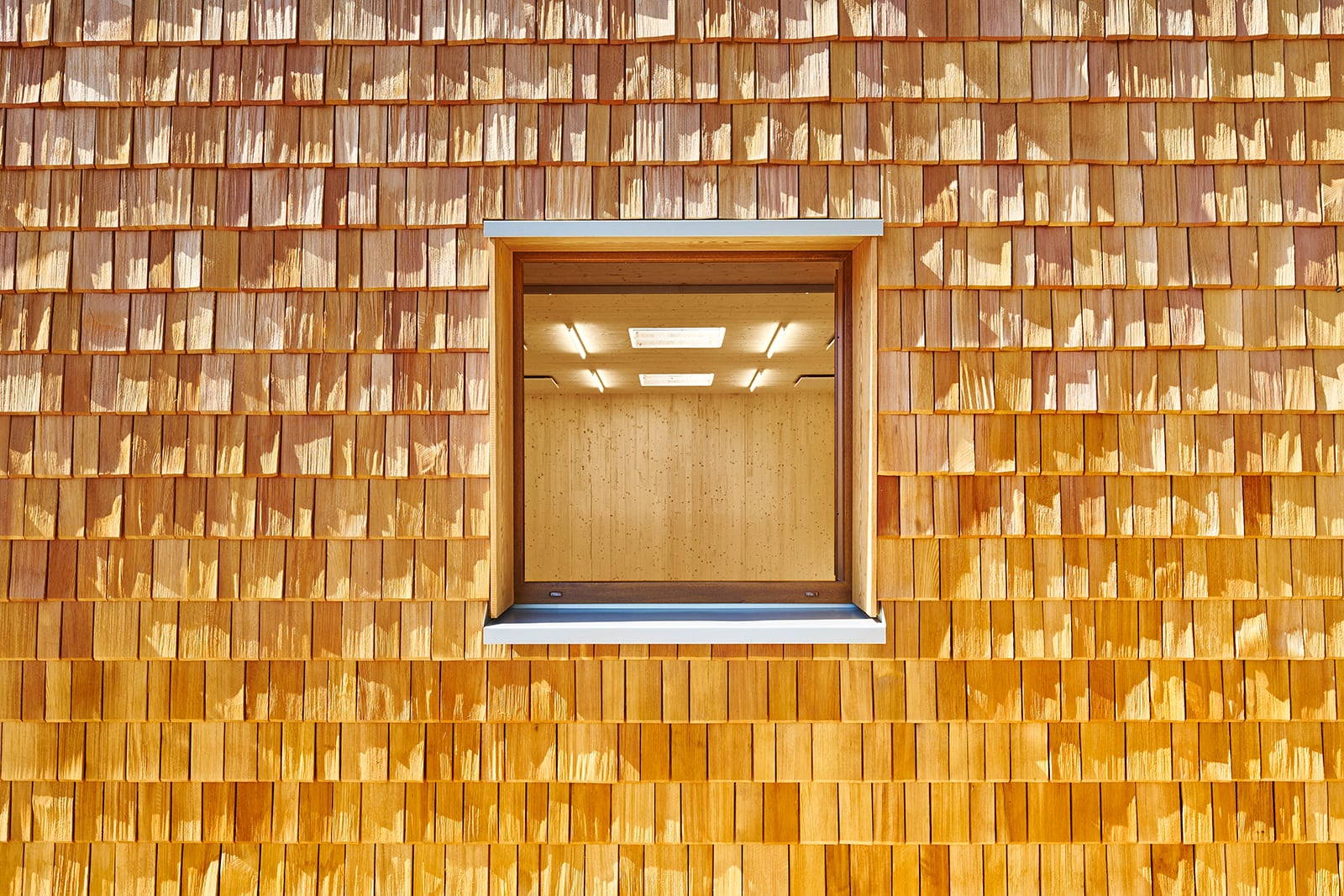 A special feature of the flying artist’s room programme is that it brings its own “non-school” place with it to school. It serves as a live-in studio space for the artists, but also as a place of work, learning and creativity for everyone involved.

In their design, architects Prof. Nikolaus Hirsch and Prof. Dr. Michel Müller rose to the challenge of developing a flexible space of this kind. The aesthetics of a classic artist’s studio play as important a role as the possibility of living in it, at the same time making the entire space flexible and functionally useable for different creative formats or work situations, as well as being transportable from place to place.

Mobile architecture has always had a prominent role in the history of construction. Today, though, it also stands for difficulties in society and is primarily interpreted as a symptom of crisis, such as clusters of containers replacing dilapidated schools or providing accommodation for refugees.

Therefore, the design of the mobile artist’s studio involved turning this awkward attribution on its head and, despite the temporary logic of an annual change of location and its modular construction, creating a building that does not look like a “container”, but fits naturally into a rural setting and school grounds.

The building, which is around 7.50 x 11 metres covering an area of approximately 80 square metres, was originally closed to the outside on three sides, but is now closed on two sides. It has a compartmentalised wooden shingle façade that deliberately leaves the scale of the building unclear. Inside there is a generously proportioned studio illuminated from above by natural light, whose clear height of up to 3.50 metres exceeds standard container dimensions and therefore again creates a studio ambiance.

“Naturally it was quite a long development process to come up with proportions that are as far removed as possible from the typical container constructions we see all around us.”

“It was important to us for the building to have a certain autonomy and deliver a spatial situation that you don’t find on school premises or in school contexts.”

“The flying artist’s room never stays the same: it’s always on the move.”

In 2018, under the supervision of architects Prof. Nikolaus Hirsch and Prof. Dr. Michel Müller, the wooden modular construction specialists Kai Laumann made a prototype consisting of four individual modules. It was constructed in such a way that the modules could be transported on low loaders and “flown” to different school sites in Hessen. Between 2018 and 2020 Kai Laumann produced three of this first prototype. These can be found in three of the six school locations.

Following the decision in autumn 2021 to extend the programme by four more locations – three more school locations and one in the Frankfurt district of Preungesheim – work began on developing a new prototype. Architects Prof. Nikolaus Hirsch and Prof. Dr. Michel Müller revised their original design from scratch with designer Lukas Wegwerth, retaining the basic structure of the accommodation module and studio space and the wood and shingle aesthetic. However, the new prototype can be dismantled into smaller segments to make transportation easier.
In the process, greater consideration was given to issues such as accessibility, sustainability and a new porousness and opening onto the outdoor space with the addition of another double door at the back. Three studios of this construction can be found at three of the six school locations.